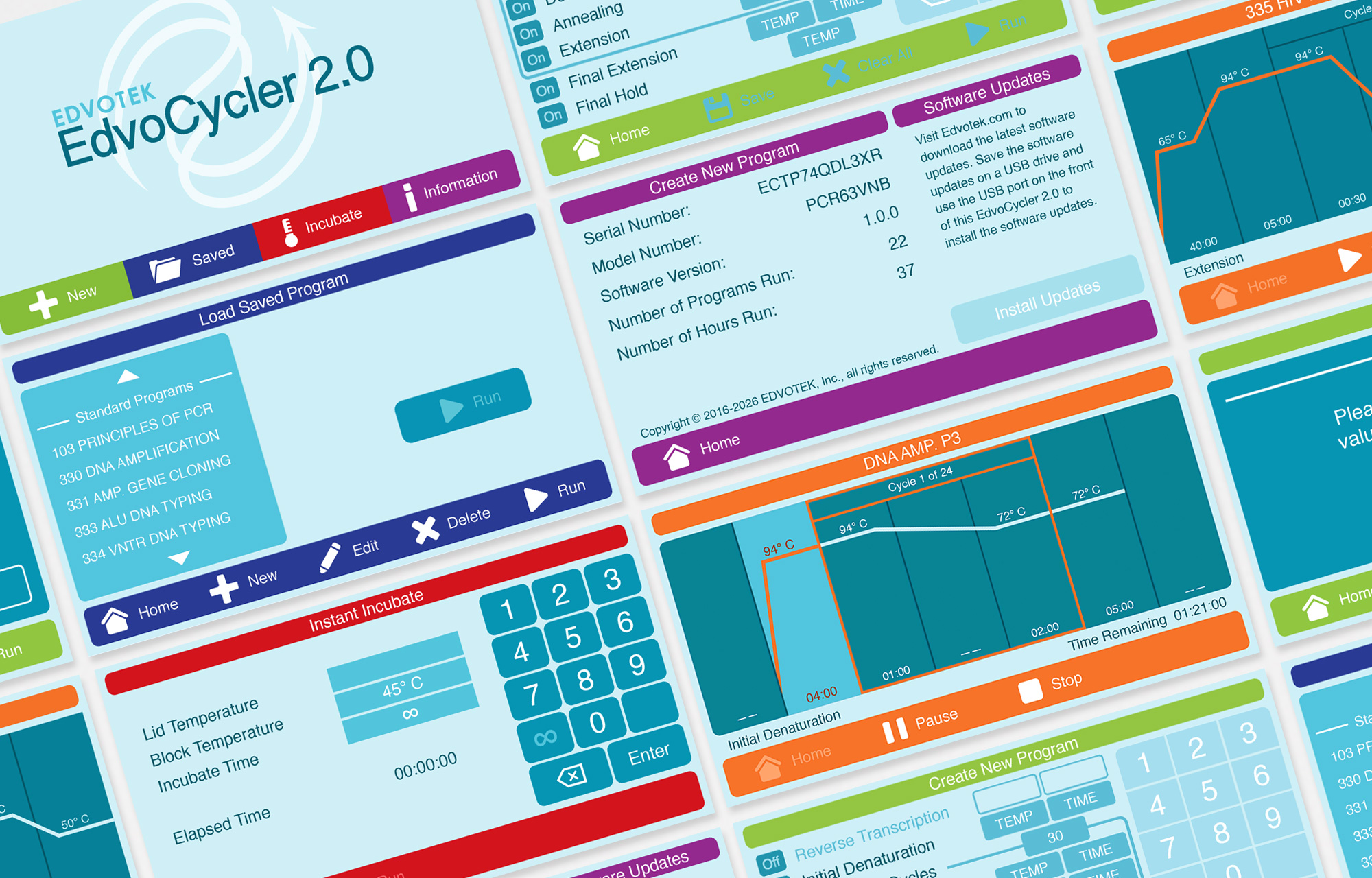 Edvotek produces scientific equipment for the academic environment, demystifying complex processes for budding forensic professionals and molecular biologists. They have produced the Edvocycler 2, a polymerase chain reaction (PCR) machine used to amplify DNA samples for further use in other experiments.

Tool helped in its production from design to manufacturing. We began by developing a discrete, but considered, set of concepts for the Edvotek team to quickly pick from. As we refined the device’s form, breadboarding of the internal system began by sourcing components such as touch interfaces, thermal electric coolers (TECs), and ventilation fans. At the same time, we picked up on their GUI development by producing a set of aesthetic options that would work with their existing workflow.

As the device’s design was finalized, integration of the internal system was merged with mechanical engineering of the housing. Airflow through the whole assembly was considered to ensure the TECs wouldn’t overheat. Smart partitioning of the housing was applied to preserve the energetic form but ease the manufacturing budget in both tooling and assembly. GUI development continued as we built out the visuals for every screen as new ones were added.

We continued involvement through several rounds of hardware and software debugging that led to manufacturing in the U.S. with commercial introduction in 2019.